If Google Sheets will remain an important part of your business flow, you can have them feed directly into Spiro using a handy tool called Zapier.

Set up a Zap using Google Sheets and Spiro

First, you will need to create a new Zap.  You can do so by clicking on the "Make A Zap!" button at the top of the homepage.

You will then need to add a Trigger App.  This will be Google Sheets - search for it in the App search bar. 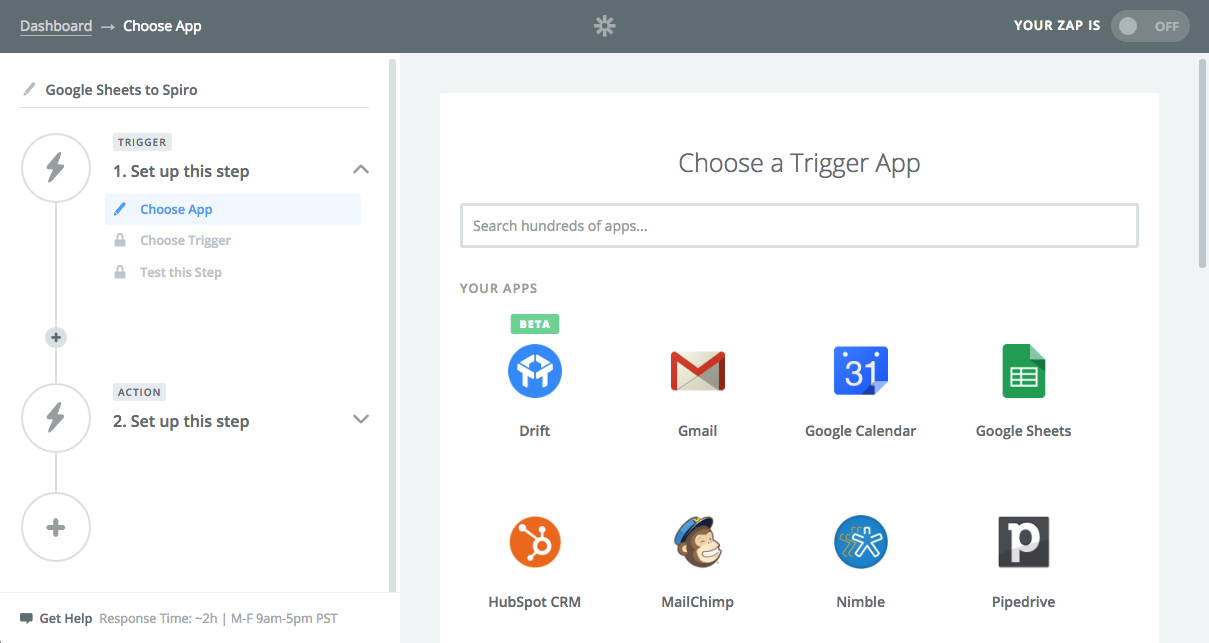 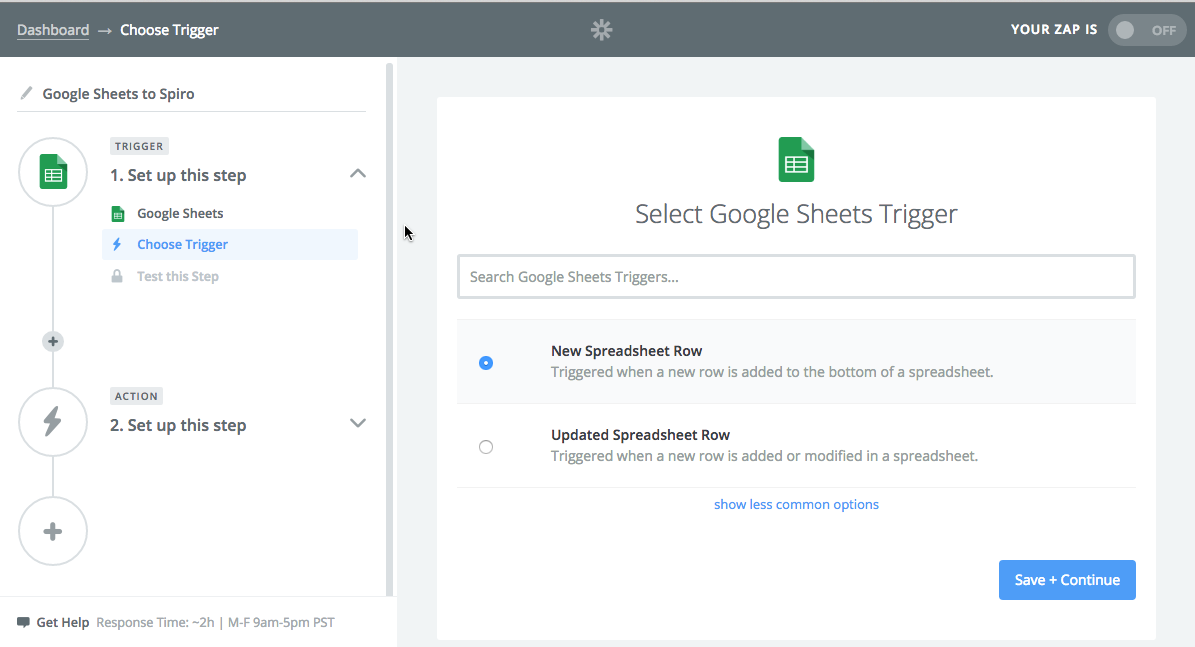 After selecting your trigger, you'll have to authenticate your Google account. 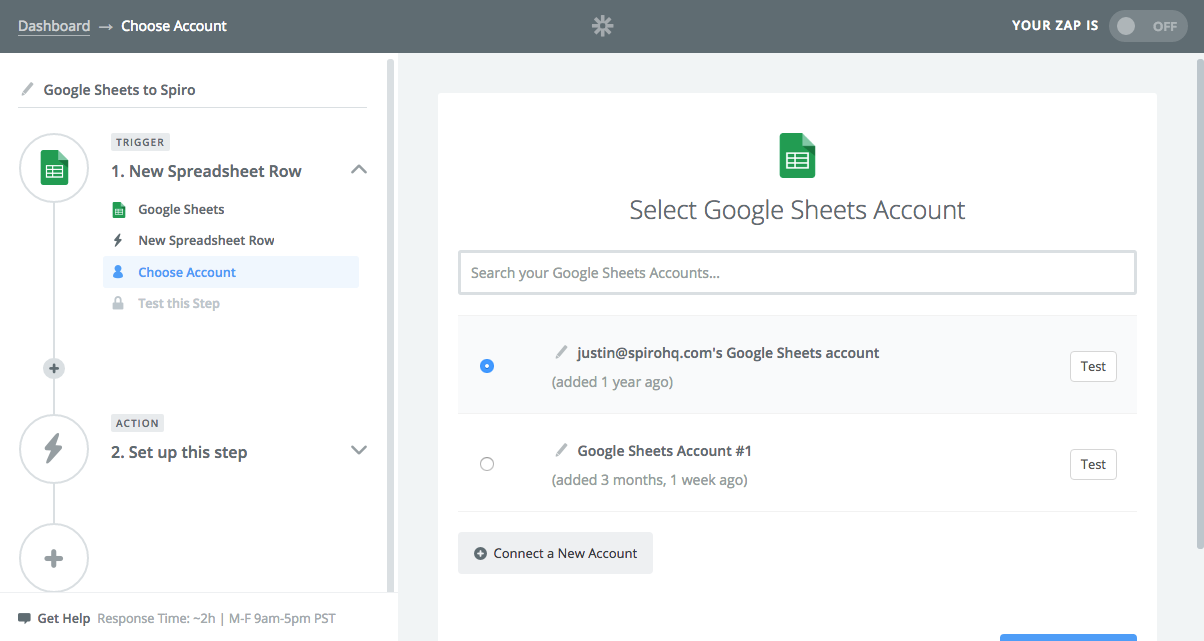 Once authenticated, you can edit the options tied with your Google Sheets trigger. In this example, it means specifying which Spreadsheet and specific worksheet Zapier should be looking at when sending to Spiro.  In this case, it's looking at a document I have called "My Deal List", and looking at Sheet1 of My Deal List. 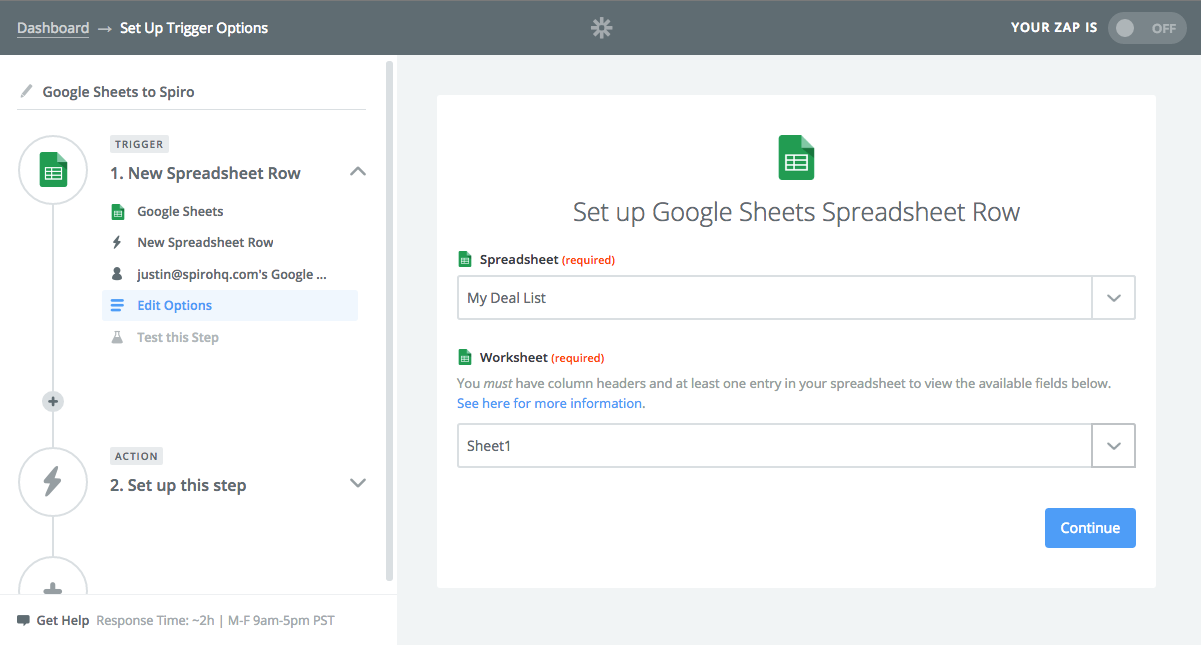 Setting Up Spiro as an Action in Zapier

Now that we have a trigger (a new spreadsheet row in Google Drive), we need something to happen in Spiro when that trigger does. Choose Spiro as your Action app in the next step of Zapier. 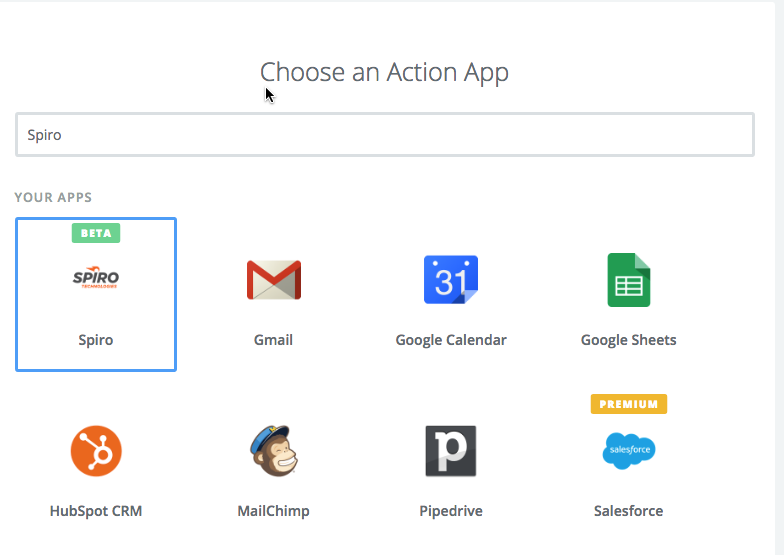 Once you do that, you'll need to pick the action that will happen in Spiro.  You can pick a few actions in Spiro - creating a Contact Opportunity or a Company Opportunity. Pick contacts if you sell to individuals (such as in Real Estate, Automotive, Financial Advisor, Gym memberships, etc). Pick companies if you sell to a business entity rather than a person (such as in Software, Medical Devices, Consulting, etc).

In this example, we are going with a contact opportunity, but the path is the same either way. 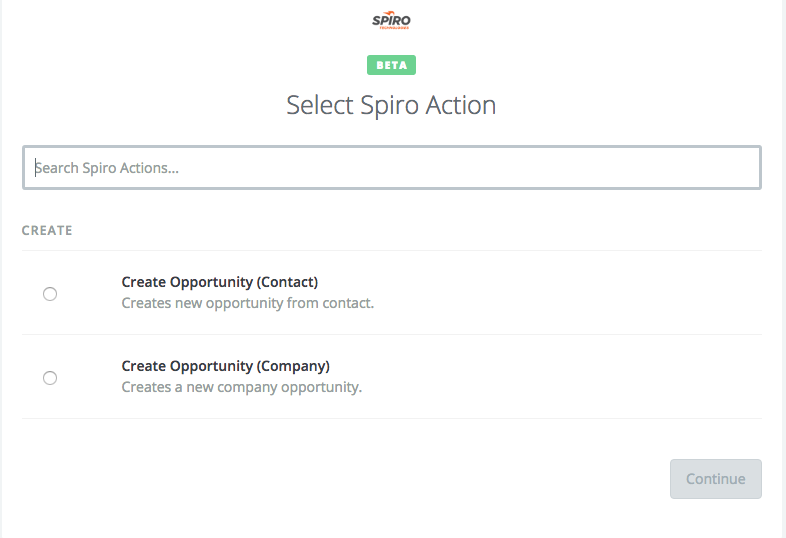 Next, authenticate the Spiro account you are using. If you're not currently signed into Spiro, Zapier may ask you to sign in with Google. 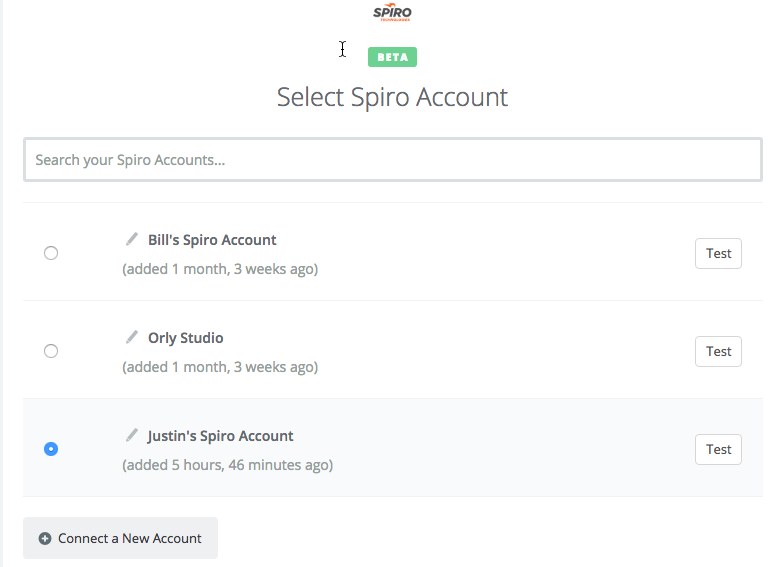 Next, you can map fields from Google Sheets into Spiro Opportunity fields. These correspond to the different columns you set up in your Google Sheet beforehand. 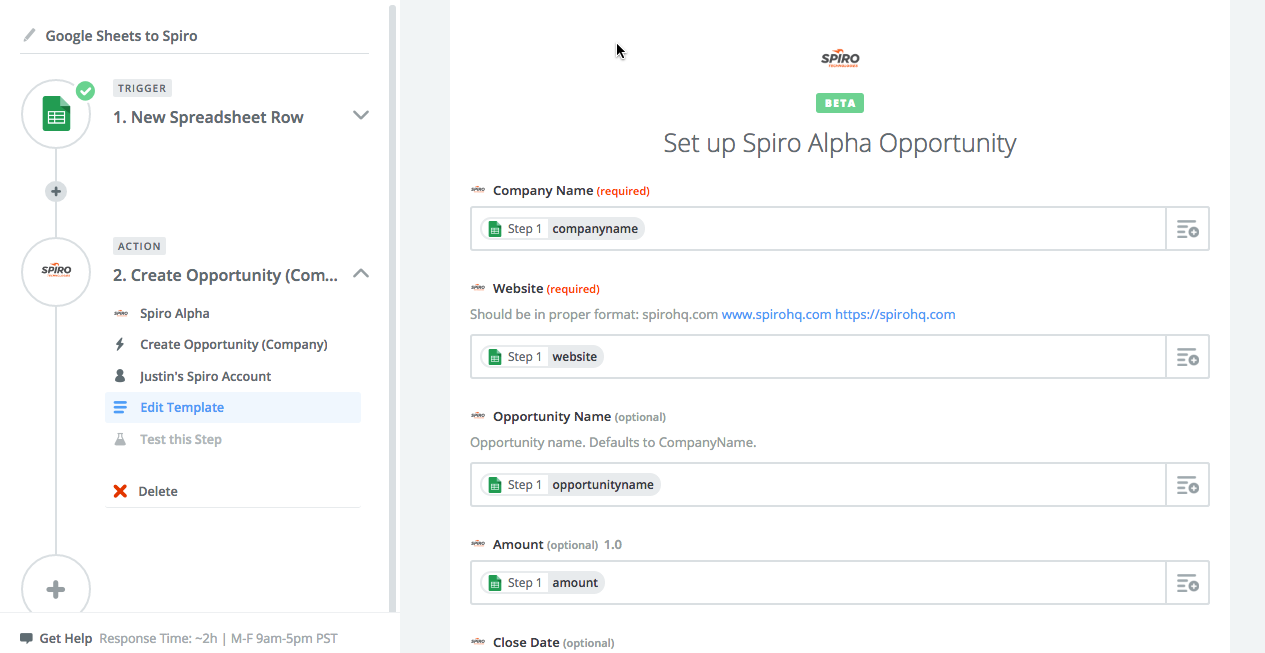 Once set with that, verify and test that the Zap is working.  Zapier will look for a matching record and try creating a corresponding record in Spiro. If there are any issues, Zapier will guide you to the areas where there might be an error.

When you are ready, you should see the screen to turn the Zap on. Go ahead and do it! You've just created an integration from Google Sheets to Spiro!