Spiro is a proactive relationship management platform that can be used on multiple devices simultaneously:

You can also log in through Office 365 or Google: 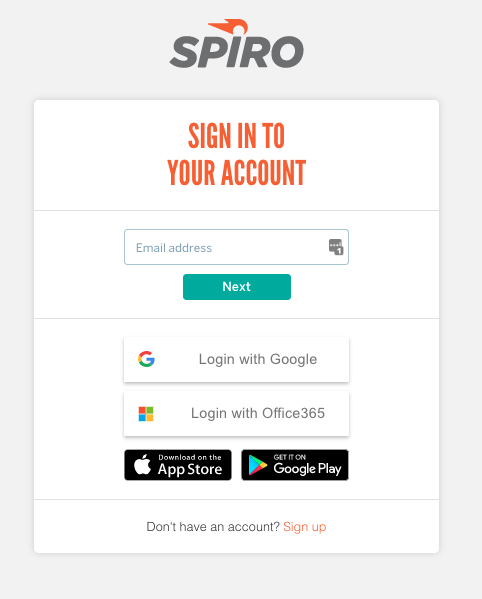